The first time I read this book, it blew my mind.

The Score Takes Care Of Itself by Bill Walsh is a close look at the management style and philosophy of a coach that won 3 Super Bowls.

It’s valuable because it was full of things that are the complete opposite of what the media, press, TED talks and Medium bloggers tells you to do.

Bill shows that leadership is completely different from being a brilliant technician. And to be a great leader, you have to change your mindset and accept a lot of counter-intuitive ideas.

Here are 5 such counter-intuitive ideas from the book.

1. Stop Focusing on Your Results

When a goal is attained, a common mistake is to assume things are fine.

As marketers, we’re trained to look at the data.

Did you get more search traffic this month vs. last month?

Are you getting more downloads?

How many leads did that campaign get?

Metrics and results are important — but recognize that they are lagging indicators.

Just because you hit your goal doesn’t mean all is well. You could’ve gotten lucky. Maybe there’s some external, confounding variable that’s affecting your data. Measuring solely by outcome is not likely to produce sustainable positive outcomes.

So Bill doesn’t care about the results. Bill focuses on the things under his control, the process, and the score takes care of itself.

Obsess about improving behavior, improving efficiency, and improving the standards of your team. Sweat the inputs and the outputs will come inevitably.

Interestingly, this is very similar to the investment philosophies of Ray Dalio and Warren Buffet, two of the most successful investors in history. They ignore things like share price, market cap, or the performance of the Dow. Instead, they look at interest rate trends, demographic trends, how the company is run and whether they trust the management of the organization.

2. Your Job Isn’t To Make Your Employees Happy

As a leader, your job is to produce some business outcome — not have a happy team.

This is so blatantly the opposite of what you see in the media that it can be hard to understand. It was for me. So perhaps some background first.

So his job was simple: Win More Games.

His job wasn’t “make sure that everyone gets along, and everyone feels happy.”

That’s not what he was hired for.

However — a “fun workplace” might be a tool that you use to get to the outcome that you want.

Of course, this doesn’t mean that having happy employees is a bad thing. Bill’s point is just to make sure you know what your priority is.

In fact, the book features several interviews from Bill’s former players, and they all say that being coached by Bill was some of the best times of their lives.

3. Actively Cultivate Tension In Your Team

If you’re predictably difficult or predictably easygoing, your team becomes predictably comfortable. In a highly competitive environment, feeling comfortable is first cousin to being complacent.

As a leader, another one of your responsibilities is to elicit maximum performance from your team. Bill does this by maintaining some tension and anxiety within his team.

This is part of the tough (at times severe) side of leadership necessary to eliminate a comfort zone, which can creep into an organization and keep it from pushing on to higher and higher levels.

Did anyone come to mind when you read that quote?

I immediately thought of Jeff Bezos, Elon Musk and Steve Jobs, 3 billionaires who are famous for their ability to push people to not just do their best work — but their life’s work.

Bill provides some examples of how to do this.

First, create an expectation that you should never “slack off.” It’s either your best work or don’t do it at all. He would publicly berate his all-star quarterback if he caught him throwing lazy passes in practice.

Second, make sure the expectation applies to everybody.

Every single department is held to high standards. Even reception.

There’s a positive network effect when it comes to people trying to push each other to do the best work possible.

“NFL football is no different from any professional endeavor, boxing or business or anything where the stakes are significant and the competition extreme: When knocked down, you must get up; you must stand and fight.”

This one reminds me of Jeff Bezos again, another person who is full of counter-intuitive thought patterns.

Jeff and Bill are basically saying that consistently winning is difficult, and you won’t win every time.

If you’re doing things that are worth doing, you’re going to have competition and losing every now and then is inevitable.

But you shouldn’t be stressed out by it. You should accept that as the natural order of things — nobody is going to win all the time, and if you’re winning all the time, then the game you’re playing is way too easy.

Failure and invention are inseparable twins.

If you are doing something competitive, assume you will be knocked down eventually, and expect it. Know that it’s coming, and tell yourself you’ll get up when it happens.

As a marketer, here’s how this manifests itself:

All success is temporary.

Everything has a lifecycle; there are no evergreen solutions. One day, your rockstar employee will eventually leave. One day, competitors will start gaining on you in your top marketing channel.

Plan for getting hit with a hard punch that will knock you down.

Accept that it’s going to happen. Just get back up.

Instead of looking for reasons we couldn’t make it work, I sought solutions that would make it succeed.

Bill is known for inventing something called the “West Coast Offense” — a playing style that arose from having an unconventional team not well-suited to run a traditional playbook.

If the West Coast Offense doesn’t sound familiar, just imagine that you’ve inherited a marketing team … and nobody knows how to use Google Analytics.

In Bill’s case, he had a quarterback who was “too short” and had a “very weak throwing arm.”

Instead of complaining, he looked for creative solutions.

As a leader, you’re supposed to figure out your teams strengths and how to play to those.

So Bill invented a playbook that relied on quick plays and short passes.

In other words, he leaned into the player’s unique profile, and turned those into strengths.

The result was an entirely new way to play football that led to 3 Super Bowl wins!

Coincidentally, Amazon is a great example of this thinking, enshrining “frugality” as one of their core principles — making it a habit of getting the most out of what you have.

Leading a team, and doing it well, requires operating under some counter-intuitive principles like the ones above.

As I was writing this summary, I wondered: why are these things counter-intuitive?

Why do some of these feel really wrong?

My conclusion is that nobody really talks about how to manage a team. There are many viral blog posts about marketing tactics (e.g. how to build backlinks, growth hacks, etc) but not as many about management philosophy.

People who are leading teams are too busy to fire up a wordpress blog.

And so as a society, our awareness of how to do management well is very poor. It’s confined to books, HBR case studies you have to buy, and previous managers we’ve worked for.

If you’ve seen or read anything that’s helped you become a better manager —please share in the comments. 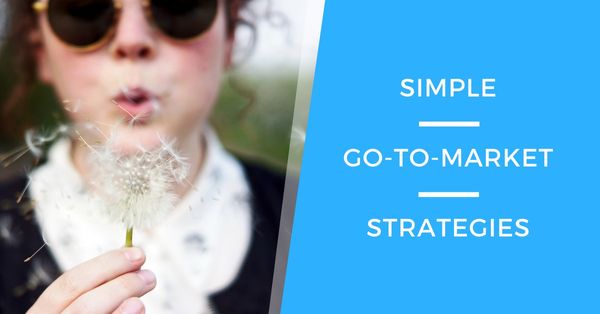 As a marketer trying to understand how to build a go-to-market strategy, it can get frustrating. That’s because the web is full of tactics. It’s hard to find 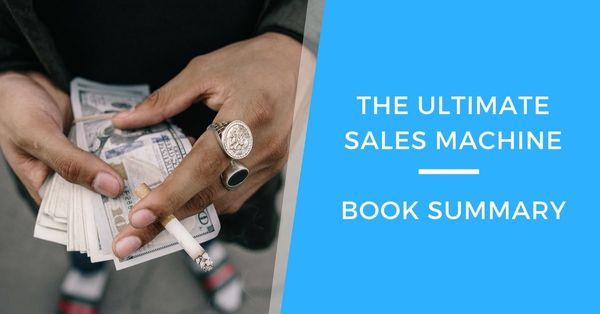 I enjoyed The Ultimate Sales Machine by Chet Holmes because it was very self-aware. As Chet himself notes in the earlier chapters, the advice he gives is stuff EVERYONE has